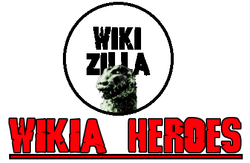 Wikia Heroes is a comic created by real people in the real world that ran from 1958-1962 after public interest declined. It centered on a group of Super People and Monsters that protected their country from their headquarters at Leslie Productions LTD. Years later, in 1993, the series was re-booted as Wikizilla: Rulers of Wiki, to much greater success. It ran for 50 issues when it was brought to a close. The reason given for this was that its always best to end something at its best rather than let it going on for too long.

Retrieved from "https://mosufan2004.fandom.com/wiki/Wikia_Heroes?oldid=4690"
Community content is available under CC-BY-SA unless otherwise noted.