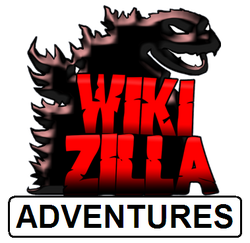 Eventually, the only person left on the team was the main man behind the comic himself. As he was commissioned to stay on until Issue 408, he took up the mantle of writing and illustrating each comic from Issue 397 and onward. This caused an obvious drop in quality as he had no experience with MS Paint, though he slowly learned new things over time. These issues were not very consistent with the other 396 issues, rehashed some old plotlines and even avoided established continuity, bringing back such characters as Rita and the Skroopdoops. The series came to an end after the 408th issue which featured Titanollante fight the ultimate battle. Issues 397 to 407 are not considered as part of the canon, though the 408th issue is regarded as the finale of the series.

Retrieved from "https://mosufan2004.fandom.com/wiki/Wikizilla:_Rulers_of_Wiki?oldid=5376"
Community content is available under CC-BY-SA unless otherwise noted.